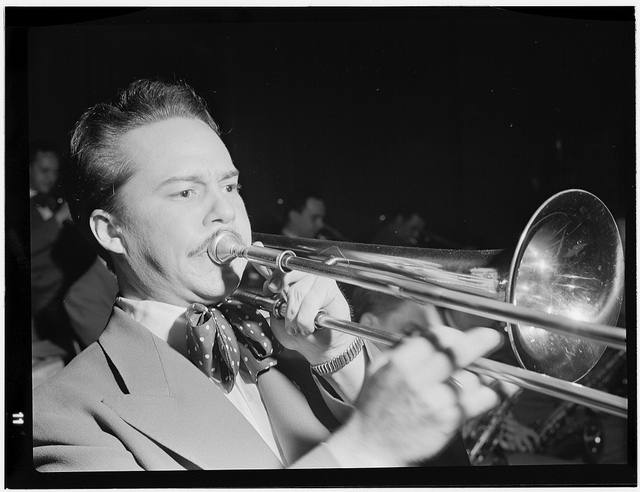 I received today the following mail on the jazzwestcoastlist :

"I am sorry to report the passing of trombonist Eddie Bert, who, in addition to serving in the bands of Benny Goodman, Woody Herman, and Stan Kenton, was a stalwart in the New York studios and Broadway pit bands for over a half-century. He was also a close friend and colleague of Jerry Dorn, who passed away earlier this year. Robert J. Robbins


Sorry to report Eddie Bert's demise. He had been living with the result of a
stroke for some months, unable to speak or play, but very much able to
understand, which was very frustrating to him. He died quickly of a heart
attack yesterday, while having lunch. There will probably be a memorial service
at St. Peter's in NYC some time in the near future.
Bill Crow"
Geplaatst door Lexman op 11:11 PM