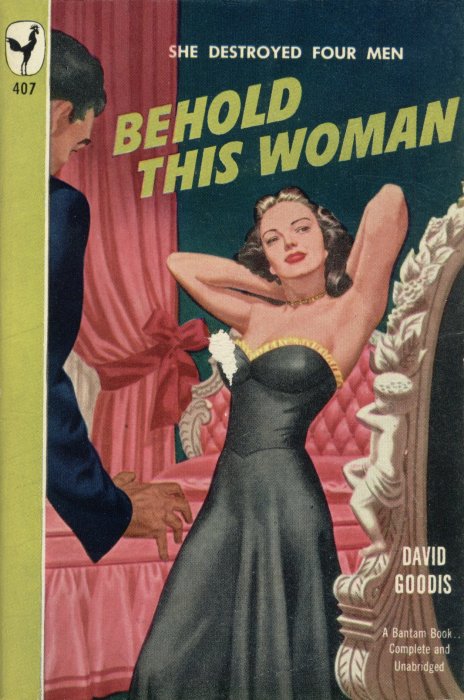 Just received the news that the dutch author and jazz connaisseur Bernlef passed away at 75.

Tom Wolfe : Back To Blood 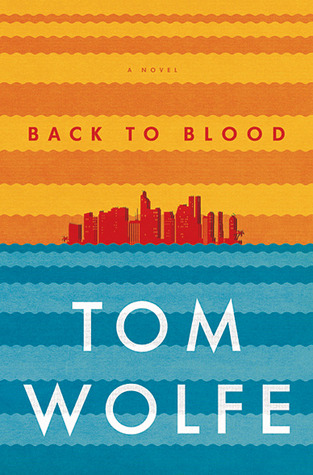 Here's the NYT review of Tom Wolfe's latest novel, Back To Blood, anyone read it yet? 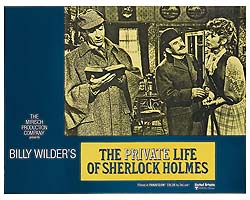 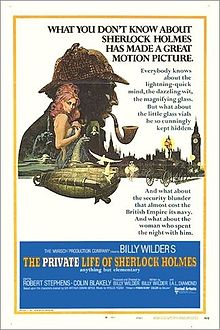 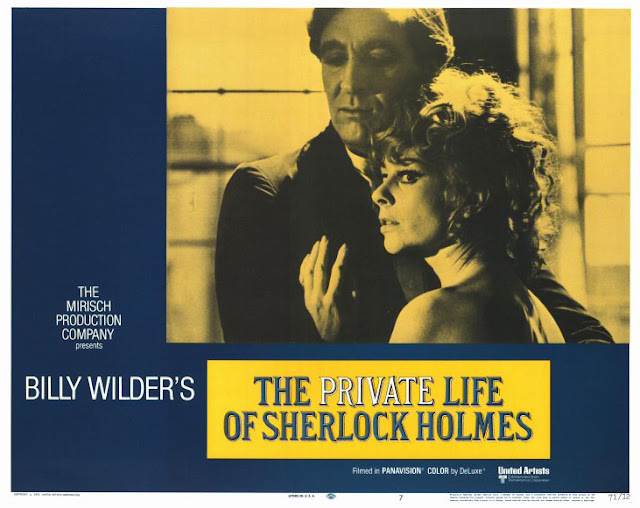 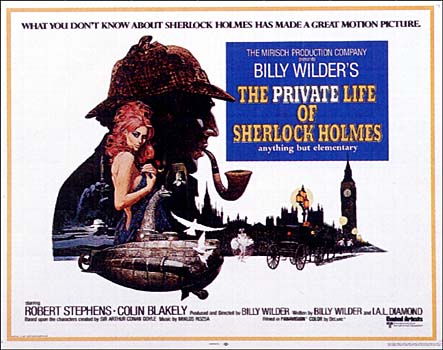 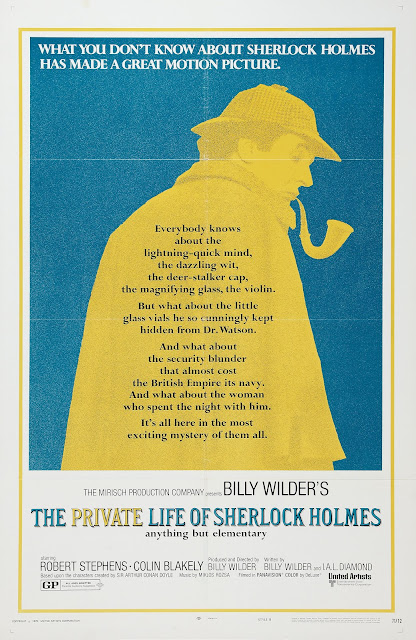 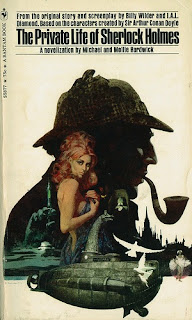 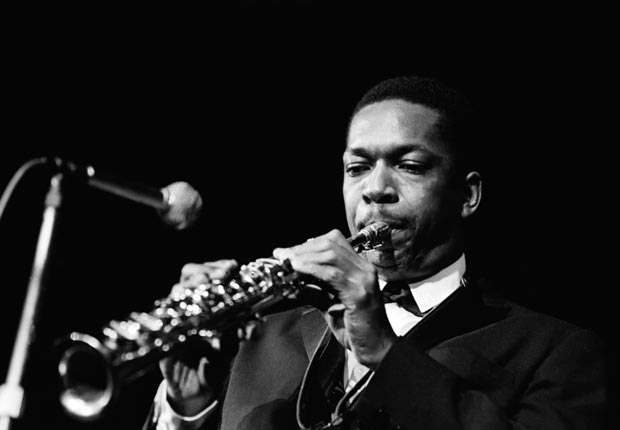 The New Yorker reports about the John Coltrane Festival.

Oct. 26-Nov. 3: A celebration of the life and music of John Coltrane features a number of events for jazz fans of all ages. Here are a few highlights. Oct. 26-27, in the Rose Theatre: The saxophonist Joshua Redman salutes the giant of jazz. Supported by the Lincoln Center Jazz Orchestra, Redman will perform iconic Coltrane works in new arrangements. Oct. 26-27, in the Allen Room: McCoy Tyner, one of the most influential pianists of the modern jazz era, is also the only surviving member of Coltrane’s “classic quartet.” Evoking the reflective moods of his former employer, Tyner calls on the bassist Dave Holland and the drummer Jack DeJohnette, as lofty a rhythm team as can be found. (See also Dizzy’s Club Coca-Cola.) 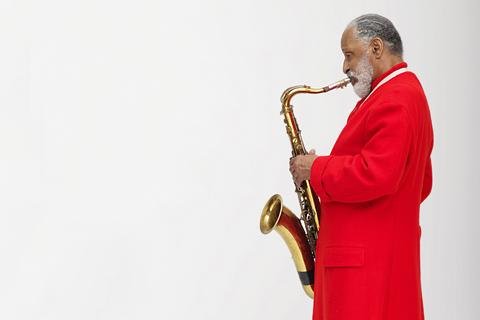 The Prague Post has this fine article on Sonny Rollins available here :

At the age of 82, Sonny Rollins is the most acclaimed tenor saxophonist still active on the jazz scene. In his extended youth, he played alongside the greatest jazz players of all time, from Thelonious Monk and Charlie Parker to Miles Davis and John Coltrane, but Rollins still doesn't think that he has reached his peak musically.

"I still practice every day," Rollins says over the phone from back home in New York City. "I'm still trying to get better."

Rollins entered the scene in Harlem in the late 1940s and soon began playing in clubs with Davis, who was just starting out as a leader. In 1954, Rollins recorded with one of Davis' quintets on Bags' Groove, released in 1957 on Prestige Records, contributing three key compositions: "Oleo" "Airegin" and "Doxy," now classics.

At that point, Davis was playing with either Parker, known as Bird, or Rollins, until the former was replaced because of his heroin addiction. Rollins also pulled out in 1955, owing to his own drug problem, so the tenor saxophonist Coltrane replaced him in Davis' group. However, despite the constant comparisons pushed by music critics and fans alike, Rollins and Coltrane would become friends rather than rivals.

To try to compare two genius artists such as Rollins and Coltrane at their early peaks is itself, well, madness: a pair of distinctive and equally exuberant voices at tenor not showing off or competing but instead intermingling.

Rollins had already recorded several albums as a leader, and Tenor Madness preceded Saxophone Colossus, another Prestige release and one of the most acclaimed jazz sessions of all time, by only a month. The year after, Rollins released seven acclaimed albums including A Night at the Village Vanguard. This live recording is considered to be the tenor at his peak, and yet Rollins still had doubts about his own playing and his treacherous lifestyle.

At this point, Rollins had been using heroin for at least a decade - but so had practically all of the other musicians playing around him.

"Everybody was using drugs," he laughs. "There was Miles, Bird, Monk, Art Tatum, Bud Powell, Coltrane, everybody - and so what? We didn't kill anybody. We were only killing ourselves."

"We used drugs to get into a state of mind different than from the lives we had," Rollins adds. "Painters, writers, whoever you call artists, want something that takes them away from the mundane," he says. "There is nothing wrong with that. I am not encouraging young people now to go out and be using drugs - that's not what I'm saying - but, at that time, that's what we did."

In 1958, Rollins retreated from the scene, with no recordings or public performances, except for his solo practice sessions for two years on the Williamsburg Bridge between Manhattan and Brooklyn. On his first recording after this hiatus, 1962's The Bridge, Rollins is mellower, especially when compared with Coltrane and the newer sounds on the scene, led by Ornette Coleman, the usher of free jazz.

Soon after Coltrane died, in 1967, Rollins took another sabbatical from recording and performances, remaining off the scene until 1972 to again reassure himself he was on the right path, musically and spiritually. These breaks may also be the key for his survival as he is such an active musician to this day, while nearly all of the other jazz greats of the 1950s and early '60s era are gone.

"[People] are talking about the golden era of jazz, and I agree with this opinion, but jazz can't stop growing," Rollins says. "I made good records, but I want to make something different now."

Rollins first performed in Prague in 1982, in the same venue as this time: the Lucerna Grand Ballroom. "I remember the people were very anxious to see us, and very kind to us," he says. "I remember it was a very warm experience, and I hope it will be the same this time."

The current group includes his nephew Clifton Anderson on trumpet, longtime collaborator Bob Cranshaw on bass, Kobie Watkins on drums, Sammy Figueroa on percussion and the newest member, Saul Rubin, on guitar. The group will play standards and classic Rollins along with newer and surprisingly vital originals.

"I'm trying to reach something musically that I haven't reached yet," Rollins says, and one wonders what that might be at this stage of an unparalleled career spanning nearly seven decades. "And, besides, I still love playing."

And so, still going strong, Rollins has no plans to retire anytime soon, and he certainly has no vision of where he would like to perform last, or even make his final live recording.

"I've never even thought of that question," he says. "But, wherever I would be, I hope it would be like the last one. Every concert would be like if as if it was your last night." 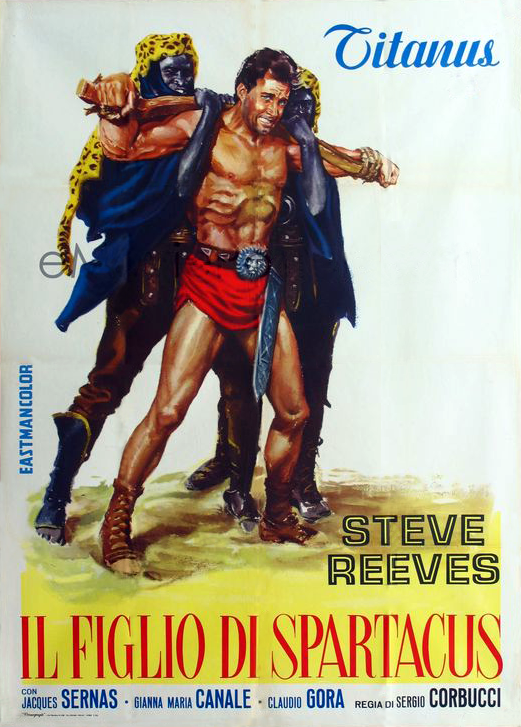 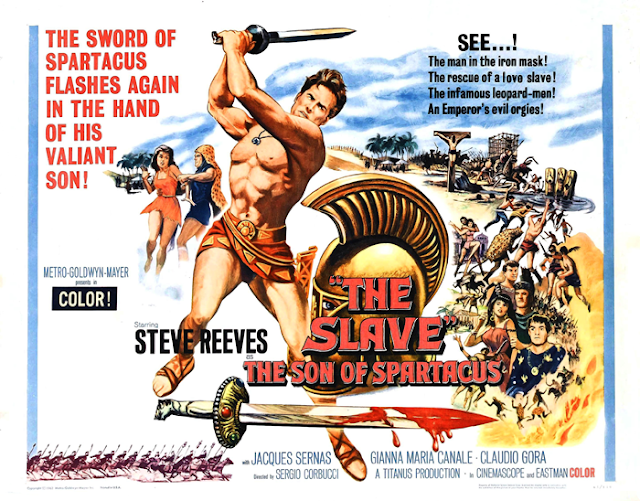 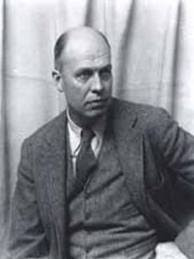 From October till the end of January 2013 Le Grand Palais in Paris has a retrospective of Edward Hoppers work. 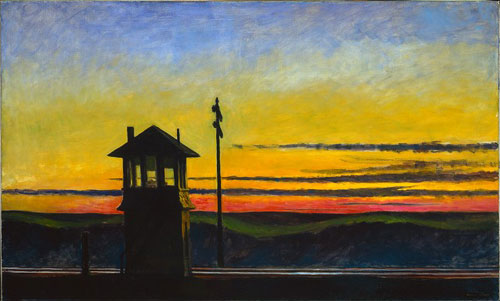 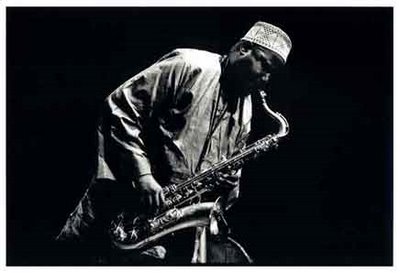 News just dropped in that apparently David S. Ware passed away in hospital on 18 October 2012. He was only 62 years old. 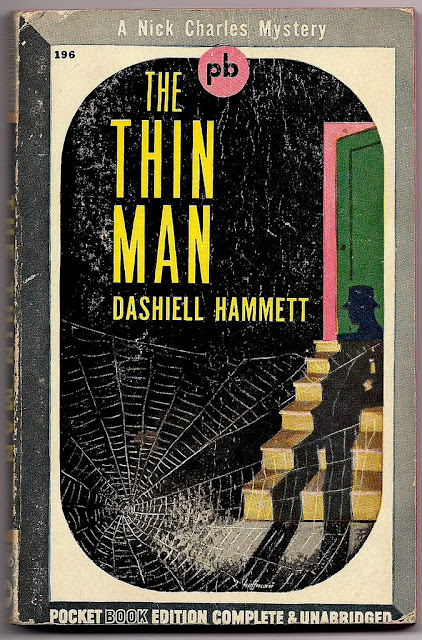 The World According to Lance - 4 Corners 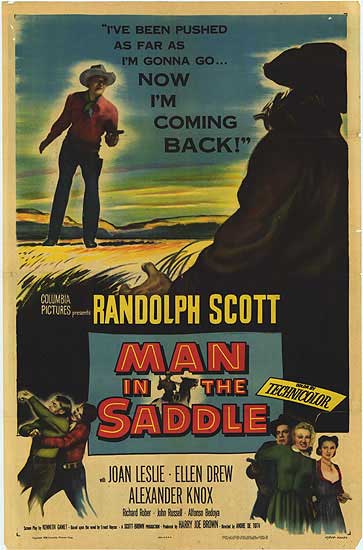 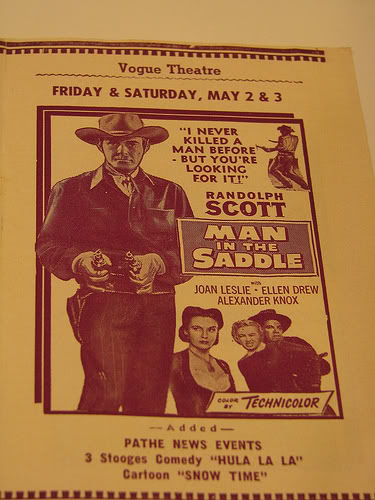 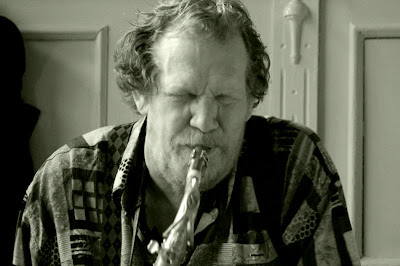 While reading some texts about John Thicai, i found out that Sean Bergin passed away in September.

More about Mr. Bergins passing away can be read here, here, here. 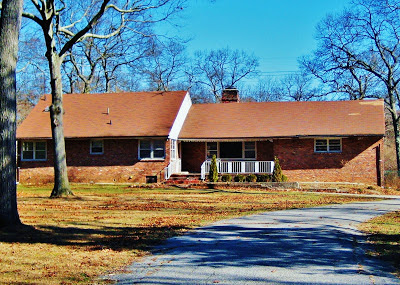 News from The Coltrane Home in Dix Hills
*October 2012*

Great things are happening at the Coltrane Home in Dix Hills! I'm writing to update you on some recent developments in our pursuit to open the Home to the public as a living museum for enjoyment and learning.

In early August, The 1772 Foundation awarded the Coltrane Home in Dix Hills a generous grant of $30,000. This well-respected,
philanthropic organization is devoted to the preservation of unique structures and landscapes representing the evolving styles and traditions of American History, and a particular interest in saving African American historic sites.  These funds will be used to make critical exterior repairs to the home, such as restoration of the roof and the brick facade.

Thanks to our gifted and generous partner Fred Schwartz and Associates, significant progress is being made to complete the Historic Structure Report that will guide our restoration efforts. We are also excited to report that Steve Fulgoni, founding member of the Friends of the Coltrane Home in Dix Hills, has managed to contact the woman who purchased the home from the Coltrane family in 1973. She generously contributed her memories regarding the original paint colors of the walls and will be an invaluable resource in the restoration.

If you are in the New York area, please look for us at the Coltrane Festival on October 26-27 at Jazz at Lincoln Center. Members of the board will be there to educate new friends and extend our thanks to old friends for supporting the Coltrane Home in Dix Hills. It will be two evenings of incredible music. Tickets are available here: www.jalc.org

You may also want to check out this link to an excellent NPR piece: "Making a Home For John Coltrane's Legacy."

We sincerely appreciate your interest and can always use your support! Please visit our newly redesigned website, www.thecoltranehome.org <http://r20.rs6.net/tn.jsp?e=001vsfkFdOjJmGIRL2w5NQgR47aJipoWThXF0VDjvMwEN_UKnEkffYGc2zT-rfAsnc4hygOoC06QQNGdrYHBgJYNsmH6F2iWxJ6y2Rwh2TXmItvzXQ2_iSghg==>to find out how you can help us preserve the Coltrane home and legacy. 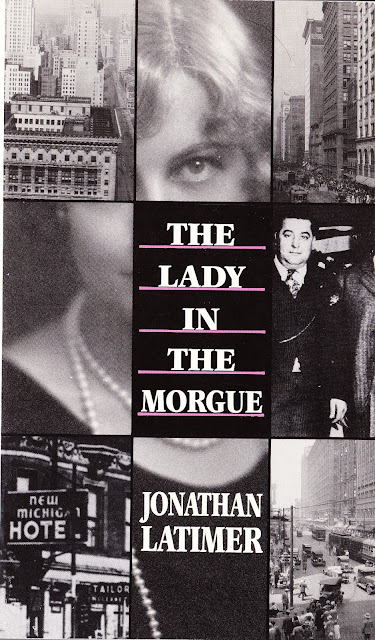 Email ThisBlogThis!Share to TwitterShare to FacebookShare to Pinterest
Labels: Jonathan Latimer, Pocket Book Cover Art, The LAdy in the Morgue

John Tchicai passed away this night in Perpignan.

He was suffering from a brain hemorrhage (in july on an airport in Barcelona, Spain). He was recovering and canceled all appearances when he died in a Perpignan hospital on Oct. 7, 2012. 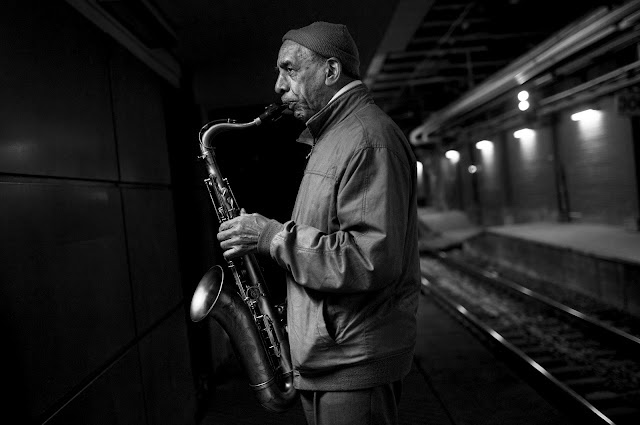 To rediscover his oeuvre one can start here, or here. 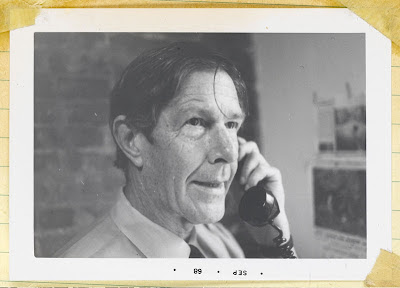 Klara will broadcast this week in it's program Late Night, a special 5 part series dedicated to John Cage. 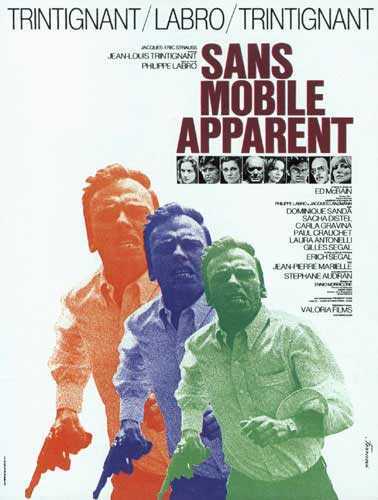 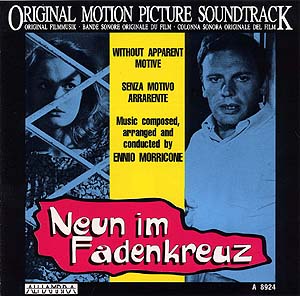 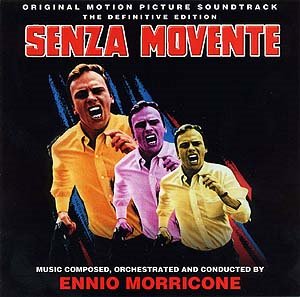 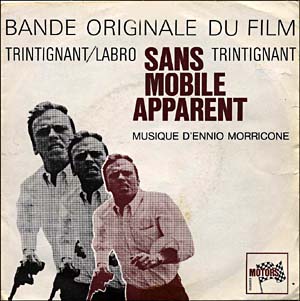 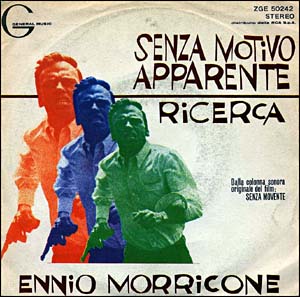