Stanley Kubrick and Waterloo and Napoleon

Got this in from a list i'm on, happy reading :

AUGUST 13, 2011
How Stanley Kubrick Met His Waterloo
By FREDERIC RAPHAEL

Whether for a novel, a history or a film, it requires a brave man to take on Napoleon Bonaparte. Tyrant or liberator, lawgiver or law-breaker, depending on how you look at him, Byron's "little pagod" remains, for his admirers, the incarnation of the romantic genius. Hegel, who saw him just once, hailed him—while he was still the unbeaten champion, headed to meet his nemesis in Russia—as an unmistakable "world-historical" figure, the personification of domineering panache.

From the earliest days of the cinema, filmmakers were drawn to his flame. Charlie Chaplin is said to have toyed with the subject as early as 1922. Around the same time, Abel Gance began but never finished a vast silent epic, full of symbolic juxtapositions and martial panoramas. Sacha Guitry made some sly chamber-pieces in the 1940s, in which he enjoyed standing in for the wily and witty Talleyrand, France's two-faced diplomat for all political climates.

In more recent years, Napoleon—impersonated by Marlon Brando, Rod Steiger, Herbert Lom, Woody Allen and others—has featured in a number of more or less colossal productions, none unsurpassable. The best of them, we are promised by Alison Castle, was going to be that of Stanley Kubrick. The massive, trilingual volume that is now to hand—you need two of them just to lift its 7½ pounds of text and pictures—contains Kubrick's script of the abortive project as well as samples of the research material he assembled over a period of years in the late 1960s and early 1970s. Much of the archive lay derelict after the early 1970s.

"Stanley Kubrick's 'Napoleon' " includes not only notes, drawings and photographs of potential costumes and scenes but records of the director's correspondence—and even transcripts of his conversations—with studios, scholars and potential stars. Kubrick's plans for casting now have a period ring. His ideas for Napoleon included David Hemmings (the randy photographer in Antonioni's 1966 hit "Blow-Up"); Jack Nicholson, who would serve him so brilliantly in Stephen King's "The Shining"; and Truffaut's star in "Jules et Jim," Oskar Werner (the only one actually contacted). Al Pacino, who might have been perfect, was not quite in season. For Josephine, he made overtures to Audrey Hepburn, whose terse letter on blue paper, turning him down "at this time," is in her own round hand.

Alison Castle's task of editorial collation "without betraying Kubrick's intentions" is, she tells us, "either unrealistic or just plain blasphemous. . . . Yet, in the opinion of many, present company included, it would be bordering on criminal not to share this treasure trove with the world." This hagiographical obsequiousness suggests that we are to be conducted through a treasury of sacred relics. Only the existence of something like a cult, with its hierarchy of genuflecting acolytes, can account for using "blasphemous" to describe the publication—down to the last scribbled note and photographed paper clip—of the verbal and visual baggage assembled for an excursion that never happened.
Kubrick himself is quoted saying that he was going to make "the greatest movie of all time." Since he was not a boastful man, we can assume that this was a blurb, composed on the principle of "promise them anything," to persuade his sponsors (MGM, then United Artists) to put the necessary gold in his war chest. No art form has ever demanded more money for its realization than the movies, and few have been imagined on a more epic scale than "Napoleon" (even if the budget was to be kept down by having extras wear cheap paper uniforms printed in New York).
As a creator, Kubrick always wanted to figure as what chess players (he carried himself as a grandmaster) call "Solus Rex": the only royal piece on the board. With "Napoleon," he intended to be writer, director and producer of his greatest achievement. This willful loneliness was alleviated only by enrolling the help of fact-finders and location spotters—in particular, Oxford historian Felix Markham, under whose tutelage he assembled a voluminous library cross-indexing details and images of everything and everyone that touched Napoleon's life.

Stanley Kubrick's 'Napoleon':The Greatest Movie Never Made
Edited by Alison Castle
Taschen, 1,112 pages, $49.99
The more material he perused, the more he thought he needed. Several pages here are devoted to why, when invading Russia, the usually far-sighted Napoleon failed to be sure that his farriers were equipped with frost-resistant horseshoes. As a result, his cavalry, and his supply train, were crippled by "General Winter." The protracted tape-recorded inquisition of Markham has only a few diverting moments—for instance, when Kubrick is quizzing the historian about Talleyrand and Napoleon's two-faced police chief, Fouché:

F.M.: Of course if Napoleon had won Waterloo, they'd have changed their tune pretty rapidly, I think.
S.K.: We should go to lunch.

When not hungry in the banal sense, Kubrick exhibited an appetite for learning that smacks of neurotic postponement. Flaubert was only the most famous writer to have made "research" a prolonged prelude to the dreaded moment when he had to face the blank page. Kubrick's principal difficulty was that he had almost no French and, it seems, little sense of France. (It had not hampered him when he made "Paths of Glory" because Calder Willingham had supplied his French officers and men with a nicely stylized, but playable, form of words.) The idea that the Corsicans were "like the Scottish highlanders" among the English—that is, a marginal but virile people—led to the daft notion that Napoleon might be acted with a Scottish accent.
In Kubrick's script, one of his generals pours Napoleon a "whisky," which seems as improbable as his request to Josephine, when he first meets his femme fatale, for a "sherry." It is odd that Napoleon at one point is said to look at his "wristwatch" (a 20th-century invention). There is also an anachronistic "teddy bear," Napoleon's alleged childhood toy, which his mother Letizia tidies away at the end of the film. It looks like hommage to "Rosebud," the sleigh that begins and ends Orson Welles's "Citizen Kane." On the other hand, the real Letizia's great line, when she heard of her son's coronation, "Pourvu que ça dure!" ("as long as it lasts!"), finds no place here.
Jan Harlan (Kubrick's executive producer and brother-in-law) says, quite rightly, that Kubrick "tried all genres" and "never repeated himself." What he does not say is that his desire to be a unique creator was always frustrated: His movies were never independent of someone else's source material. The triumphs that armed him to attack "Napoleon" were indebted, however grudgingly, to Terry Southern ("Dr. Strangelove"), Anthony Burgess ("A Clockwork Orange"),and Arthur C. Clarke ("2001: A Space Odyssey"). Burgess is conspicuous by his absence here. In 1974, only a couple of years after Kubrick abandoned "Napoleon" to the snows of time, Burgess wrote a novel, "The Napoleon Symphony," that might have been devised as a reproach to Kubrick for never calling him to enliven his unmade chef-d'oeuvre. A speed-writing anti-Flaubert, Burgess is quoted as saying "overplanning is fatal to creativity": It stunts the unconscious mind and balks spontaneity.
The most poignant document is on page 616 in this 1,112-page tome. It is on yellow paper in Kubrick's own disjunctive script:

The answers given in the script to questions 2 and 3 do not suggest that Kubrick ever licked the problem. Here is Napoleon's response to the news of Josephine's death: "She was the most alluring, most glamorous creature I have ever known—a woman in every sense of the word. " Try not to get an unwanted laugh with a line like that. Later, Napoleon tells the defeated Austrian emperor: ". . . the first rule of warfare. You must wear long-sleeved and long-legged underwear. You can never conjure up brilliancies with a cold bottom." True? Maybe. Funny?
The vacant fourth question has to have been how words and gestures could be attributed, plausibly, to characters Kubrick could visualize but could never inhabit: Crafting dialogue depends on a capacity to act like, and seem to be, other people. The "Napoleon" script might have been more daring, and convincing, if Kubrick had not fretted so much about authenticity.
For instance, there is a long scene devoted to the nuptial night of Napoleon with his virginal second wife, the 18-year-old, convent-educated Marie-Louise, daughter of that Austrian emperor (for whose benefit the middle-aged Master of the World took lessons in the waltz). Kubrick has them consummate the marriage on a darkened screen. He planned for us to hear only an assortment of giggles. It is possible that this could have delivered the required comedy, but it is said elsewhere that the young girl, far from wincing at her depucelage, immediately asked her somewhat spent husband, "Can we do it again?" Apocryphal or not, it rings true enough to pay off the scene better than giggles.
The historian Geoffrey Ellis, in one of the book's prefatory essays, claims that Kubrick's script "certainly deserve[s] its place in the company of other famous Napoleons; it is up to the reader to decide if it may or may not have surpassed them." My decision is that it did not. It was always going to be impossible to cram everything onto the screen. But why did he bother creating from whole cloth when, for instance, Vincent Cronin's one-volume life of Napoleon offered quite enough material on which to build an imaginative script?
Solus rex, Kubrick never cracked how best to dramatize his epic. All the effort that went into his "Napoleon" appears to have come to nothing, yet it did not. Kubrick did, in fact, come to make one of the greatest period movies of all time: "Barry Lyndon," for which William Makepeace Thackeray supplied the picaresque form, characters and much of the dialogue. The ironies so mordantly delivered by Michael Hordern, in the film's elegantly phrased voice-over, counterpointed the beauty of Stanley's immaculate staging. Kubrick was indeed a grandmaster; it is no shame, and certainly no blasphemy, to concede that Napoleon defeated him.
Geplaatst door Lexman op 7:32 AM No comments:

Tune Up in its actual form (that is on Blogger) exists now for two years. We want to thanks all visitors for passing by and we hope to see you as regular as in the past. We hope to publish more in the future and to pick up the track again of some ROIO's as well. 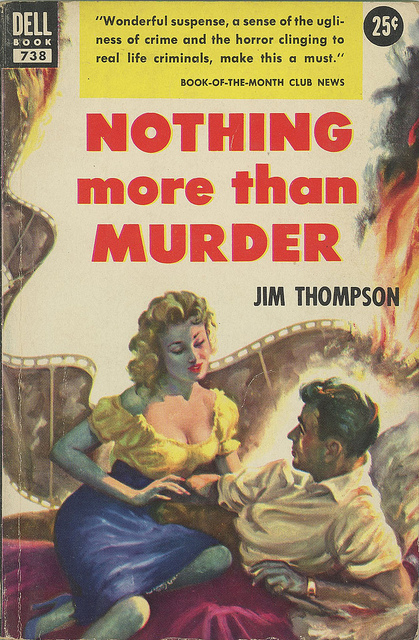 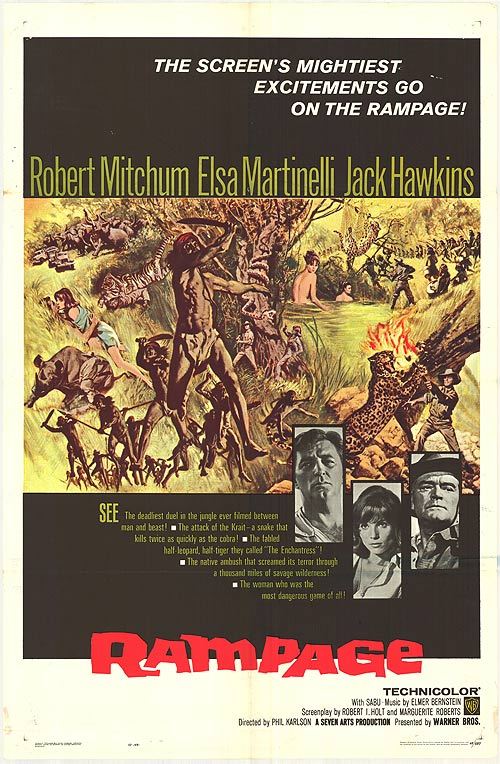 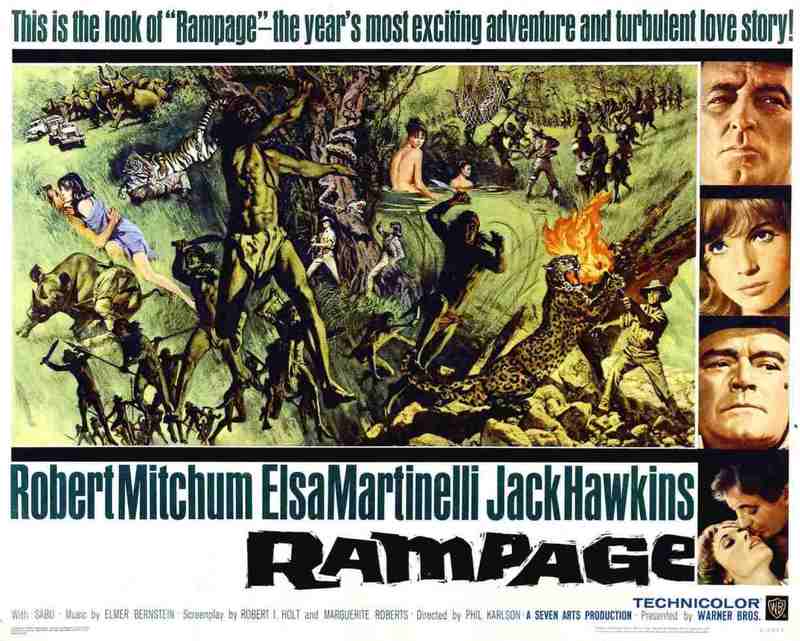 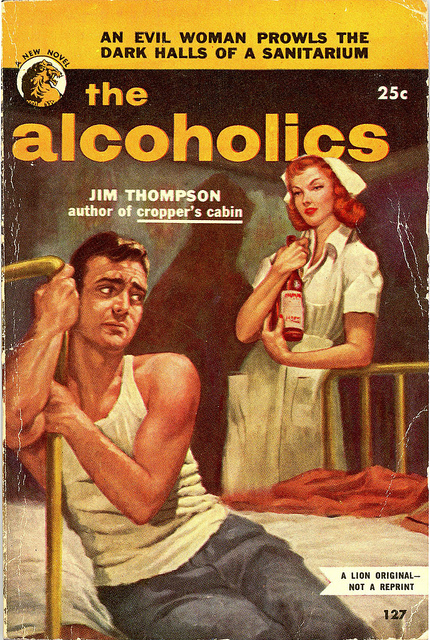 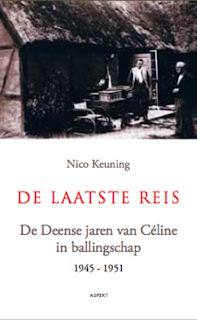 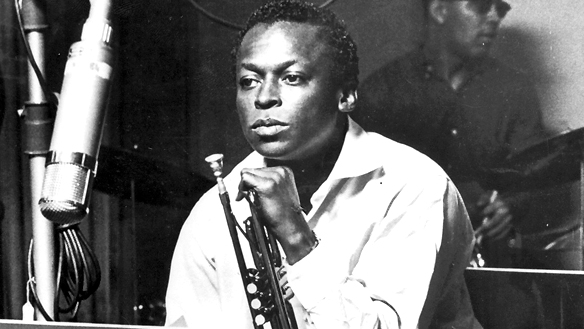 Catching up with a lot of posts (as usual)  from different discussion lists i was directed to the Jazztimes website. A listening session with Sonny Rollins and some thoughts about the first Miles Davis quintet.
Enjoy the read! 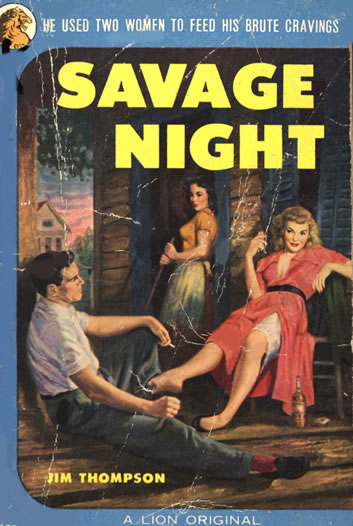 BBC Radio 4 broadcasts again a 2007 documentary of about 30 minutes on Columbo. It's still available here. Whenever you're interested in hearing it after August 3rd, contact me and i'll upload my recording of the program.
Enjoy!
Geplaatst door Lexman op 11:24 PM No comments: