Although Anthony Braxton isn't my favourite musician, this might be of interest to some of you :

The Tri-Centric Foundation, and co-producers Darmstadt Institute, are proud to announce "Tri-Centric Modeling: Past, Present and Future," a two night, multiple venue concert event celebrating the legacy of venerable saxophonist/composer/educator Anthony Braxton in honor of his 65th birthday.

On Friday, June 18th at (Le) Poisson Rouge in New York and Saturday, June 19th at the ISSUE Project Room in Brooklyn, dozens of prominent musicians, including Braxton himself, will take the stage to participate in exclusive collaborations and one-of-a-kind performances to benefit the Tri-Centric Foundation, a newly revived not-for-profit organization dedicated to realizing Braxton's most ambitious projects and inspiring younger generations of creative artists.

Beginning at 5:30 p.m., Friday night at (Le) Poisson Rouge will feature performances by Steve Coleman & Jonathan Finlayson, Marilyn Crispell/Mark Dresser/Gerry Hemingway, Nicole Mitchell's Black Earth Strings, Richard Teitelbaum, Matthew Welch, John Zorn/Dave Douglas/Brad Jones/Gerry Hemingway and other special guests.  The headline act will be the Anthony Braxton 12+1tet, which has not performed in New York since its historic four-night run at Iridium Jazz Club in March 2006 (documented on the renowned 9 CD + 1 DVD box set, 9 Compositions (Iridium) 2006, on Firehouse 12 Records).  Advance tickets are available online for $35.  Any remaining tickets will be available the day of the show for $45.

Also beginning at 5:30 p.m., Saturday night at ISSUE Project Room will highlight a younger generation of musicians that has studied and performed with Braxton in recent years and adapted his concepts into their own distinctive sounds.  The line-up includes Taylor Ho Bynum, Mary Halvorson & Jessica Pavone, Andrew Raffo Dewar, Chris Jonas & James Fei and Tyshawn Sorey, as well as others yet to be announced.  The night will begin and end with Braxton conducting live excerpts from his four-act opera, Trillium E, featuring members of the 60 person cast from its first-ever studio recording in March.  Advance tickets are available online for $25 ($20 for students).  Any remaining tickets will be available the day of the show for $30.

I know I'm an African-American, and I know I play the saxophone, but I'm not a jazz musician.  I'm not a classical musician, either.  My music is like my life: It's in between these areas.

Anthony Braxton (b. June 4, 1945) has boldly redefined the boundaries of American music for more than 40 years.  Drawing on such lifelong influences as jazz saxophonists Warne Marsh and Albert Ayler, innovative American composers John Cage and Charles Ives and pioneering European Avant-Garde figures Karlheinz Stockhausen and Iannis Xenakis, he created a unique musical system, with its own classifications and graphics-based language, that embraces a variety of traditions and genres while defying categorization of its own.

His multi-faceted career includes hundreds of recordings, performances all over the world with fellow legends and younger musicians alike, an influential legacy as an educator and author of scholarly writings, and an ardent international fan base that passionately supports and documents it all.  From his early work as a pioneering solo performer in the late 1960's through his eclectic experiments on Arista Records in the 1970's, his landmark quartet of the 1980s, and more recent endeavors, such as his cycle of Trillium operas, a piece for 100 tubas and the day-long, installation-based Sonic Genome Project, his vast body of work is unparalleled.

Critics have called him "an obvious genius" (Scott Yanow, AllMusic.com), "an unprecedented figure in the music" (Richard Cook's Jazz Encyclopedia), "quite possibly the most prolific musician of our age" (David R. Adler, JazzTimes) and "a brilliant musician who is constantly pushing himself and the musicians with whom he surrounds himself" (Michael Rosenstein, Signal to Noise).  Time Out New York's Hank Shteamer adds, "Even if you ignore his purely conceptual triumphs, Braxton has amassed one of the meatiest and most varied bodies of work in experimental music."  Learn more at http://anthonybraxton.wordpress.com

The Tri-Centric Foundation is a not-for-profit organization that supports the ongoing work and legacy of eminent musician/composer Anthony Braxton, while also cultivating and inspiring the next generation of creative artists to pursue their own visions with the kind of idealism and integrity he has demonstrated throughout his long and distinguished career.

Through its new Web site, coming mid-2010, the Tri-Centric Foundation will provide one-stop access to Braxton's writings, a variety of interactive sound and video components and exclusive digital-only recordings of past live performances and archival studio releases.  In the meantime, donations can be made online through PayPal at http://bit.ly/cfLLun

Darmstadt Institute is a month-long festival of experimental music at ISSUE Project Room curated by Nick Hallett and Zach Layton, connecting the live performance of works by emerging and established composers to discourse and pedagogy about relevant topics, creating dynamic and educational events for practitioners and audiences alike.  Lectures, film screenings, workshops, and panels are presented alongside premieres of new compositions, in addition to bold interpretations of cherished works from the avant-garde canon played by New York city's leading musicians and ensembles.  Learn more at http://www.darmstadtnewmusic.org
Geplaatst door Lexman op 9:05 AM No comments:

The series presented on BBC concerning BeBop made me wonder about Bud Powell. His influence on the Bop must never be underestimated and is a good reason to start a series of ROIO's on Bud.
Here are the details, links are at their usual place. Enjoy. This was recorded by the Norwegian Broadcasting Corporation during Bud’s stay in Oslo, in the last third of September. Some tracks are missing either at the beginning or at the end. Definitely not hi−fi.
Geplaatst door Lexman op 5:03 PM 2 comments:

For those who have missed the expo in Paris there's a lenghty articile on the Miles Exhibition in Montréal available at 'The Montréal Gazette'
Geplaatst door Lexman op 10:22 AM 1 comment:

A small essay on listening at for instance Bicthes Brew is available at 'The Cahokian'.
Geplaatst door Lexman op 10:19 AM No comments: Rock stars are often blockheads. They want to get paid, party hearty and occasionally make some art.

Sonny Rollins is no rock star.

Ahead of his 80th birthday celebration concert at Symphony Hall on Sunday, the contemporary of Miles Davis and John Coltrane got on the phone in his New York kitchen and chatted about his five-decade search for musical bliss.

What's your secret to keeping your chops up?

That's a question Maya Angelou asked me once. I was in California mixing a record and she came to meet me. She wanted to know just that: "What was my secret?" But until she asked me I'd never even thought of it. (Laughs) I'm just in the middle of the stream here trying to paddle. I haven't realized my goals musically. I'm still trying to improve myself and have certain things I think I can accomplish while I'm still here. I see myself as much in the middle of my art as I was when I was a 20-year-old, and still practice everyday like when I was young.

It's a little funny to think of someone with your talent running through scales.

I have certain rudimentary things I do constantly. Things as simple as scales and embouchure exercises. Then I just play whatever I feel like. I never have set regimen after I do my rudimentary things. I remember Max Roach said, "When you practice, you're cheating." (Laughs). No, a professional musician must practice, but I understand what he means. In jazz, you can't manufacture your ideas in practice and then go on the bandstand and play them. It doesn't work. Believe me, I've tried it. I've come up with clever ideas at home and tried to insert them into something on stage and it never works because the ideas are going by so fast that if I stop and try to find the proper place to insert this artificial idea it won't fit. The beauty of jazz is it completely comes from the subconscious in the moment.

Listening to older recordings, can you see a progression or evolution in your playing? Do you hear choices you made as a younger player that you would never make now?

I can, but it's not always as evolution. It's kind of disconcerting because you may take two steps forward and then take two steps back. So it's not a straight progression. But I never listen to my work. I had to listen to something I did from the 1950s recently for business reasons. I took as much as I could before I removed it in despair.

You thought it was that bad?

I saw everything that was wrong. But it wasn't just my playing, it was the style I was playing in. It was so narrow, so constricted.

After a century of jazz, is there new territory yet to be explored?

There is new territory. The melding of styles is a really fertile area that has to be explored. But it's difficult to do. Some people just want to hear Dixieland jazz, some people just want to hear experimental music. But it's part of my quest in jazz - which is the greatest music because of the freedom - to find this new ground. Sometimes when I'm playing I get close to it. But I want to get consistently close, to be able to come close to finding it at every concert.

What is the "it" you're forever searching for? A tone? A feeling? What is it that's still eluding you?

It's everything you said. It's tone, it's feeling, it's vibe, it's all of those things. And you know it when you hear it. It's like what the Supreme Court judge (Potter Stewart) said about pornography, "I don't know what it is, but I know it when I see it." (Laughs) That's a bad analogy, but you get it. It's something that can't be described, but when everyone hears it, they say, "Amen, that it!"

When you reach this cosmic point in concert, can the audience feel it?

When I'm there, they're there with me. When I'm playing well, even if I'm not close to this utopian playing, the audience is always with me. I may have a much higher standard than the audience because jazz is my life, but when everything is right with my playing they understand that because, really, we're all after the same thing.
Geplaatst door Lexman op 11:06 PM No comments:

The Age Of Absurdity

Does this sound familiar to you? Then read the whole article from The Guardian here.
Geplaatst door Lexman op 10:01 AM No comments:

Email ThisBlogThis!Share to TwitterShare to FacebookShare to Pinterest
Labels: The Guardian 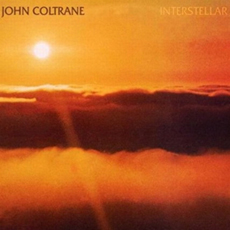 Perfect Sound Forever, an online music magazine has an article on John Coltrane's Interstellar Space. I didn't read it yet but thought i shared the link already. Happy reading.
Geplaatst door Lexman op 8:57 AM No comments:

Jazz Musicians and their healthcare

The second annual San Francisco Jazz Fest a health care fundraiser will take place on April 23rd. read more about it at the HuffingtonPost.
Geplaatst door Lexman op 8:10 AM No comments:

Fun to read although my top 10 list would be different.
Geplaatst door Lexman op 10:10 PM No comments:

Freep.com published an interview with Sonny Rollins which can be read here. Enjoy!
Geplaatst door Lexman op 7:19 PM No comments:

Just when you think it's been enough for this week, the news Mike Zwerin passed away reached us. Read more about it here.
Geplaatst door Lexman op 9:24 PM No comments:

I received a message today in which is stated that John Bunch passed away on wednesday March 31st..No more details known yet
Geplaatst door Lexman op 3:57 PM 1 comment: