Laurent Fignon passed away today at age 50. Although it was widely known he was ill since last year his passing comes still as a surprise. He delivered fine commentary on last Tour de France and will be sorely missed.

I added two more interesting blogs to the 'Share the Music' links and I discovered I could add 'pages' to my blog. This is very usefull since it allows me to post stuff which can be used as research material.

So i added three pages up till now. As you can see some are still under construction but I can already confirm they will mostly contain jazz stuff as for example discographies etc...


Check them out and stay tuned!
Geplaatst door Lexman op 1:21 PM No comments: 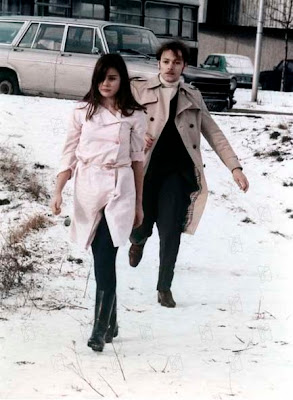 He was the director of :
Polic Python 357
Le Choix des Armes
La Menace
all with Yves Montand 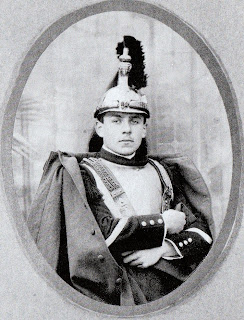 1st Anniversary of Tune Up

Today a year ago i changed my old blog from 'skynet' to 'blogger'. Thanks to all who passed by on a regular basis and we hope to see you soon again. In the mean time enjoy holiday season!
Geplaatst door Lexman op 10:08 AM No comments: 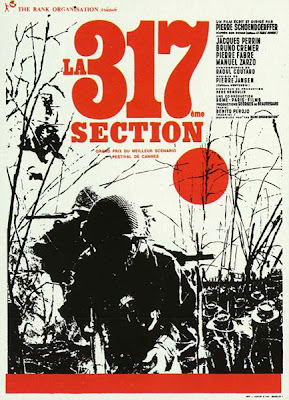 I got this email in the 'Inbox' a few days ago :
"At last, I can now report that "Don Ellis Live in India" - recorded at the "Jazz Yatra" Festival, Bombay in 1978 - is now available from www.sleepynightrecords.com (go to Media to hear music clips and Info for more details).
The quintet was specially formed by Don Ellis for the very first "Jazz Yatra" presentation.
Niranjan Jhaveri - founder and honorary secretary-general - was a long-time close friend of Don's, so it was a natural choice for him to invite Don - along with another close friend, Sonny Rollins, to perform at the festival. Both groups appeared for "expenses only".
Just over 2 years ago, I spoke to Gary Gillies about the possibilities of his record label - Sleepy Night Records - issuing "lost tape" material, in a series dedicated to Don Ellis. We agreed that these "Jazz Yatra" sessions would make an excellent Volume 1.
I had been in contact from time to time, over a number of years, with Niranjan, so I asked him for further details. Niranjan was by then very ill and approaching the age of 80. Nevertheless, he was very helpful and gave permission - on behalf of "Jazz Yatra" - for us to go ahead with the project.
My next step was to try and contact the remaining members of the quintet: Emilie, Randy, Leon and David (luckily, I managed to trace them all) and also Don's son Brav, for permission from Ellis Music Enterprises. Photographs, program, memories, etc, came and are included in the 20-page booklet accompanying the C.D.
Emilie checked out listed items we believed were the "master tapes" housed in Don's collection at U.C.L.A. These turned out to be 8mm film, that Don had shot during their "vacation periods" in India and Egypt. This, in itself, was a "lost" recovery, for Emilie knew of Don's filming, but the footage was presumed lost. We were left with what Emilie had already: the cassette tapes of the sessions, that Don had given her on their return to the U.S.A.
David undertook the huge task of clean-up and editing of this problematic source material and the results are superb.
This whole project has been a "labor of love" by all. Gary and Sleepy Night Records have financed the manufacture of a limited edition of just 1,000 copies and I sincerely hope that he will recover the cost through sufficient sales, which would also allow us to go ahead with a planned Volume 2 of the "Lost Tapes of a Musical Legend".
There is a limited number of copies available free to review by interested writers, magazines, etc, who wish to transmit their views to a wider public.
To close this report on a very sad note, I learned just a few days ago - by checking the Jazz Yatra Internet site - that Niranjan Jhaveri passed away on May 21st of this year (cancer). If we had known of this sooner, a special tribute would have been inserted within the C.D booklet. We now dedicate this album to the memory of Niranjan Jhaveri, whose love and involvement in jazz music were monumental."
Geplaatst door Lexman op 7:18 PM 2 comments: 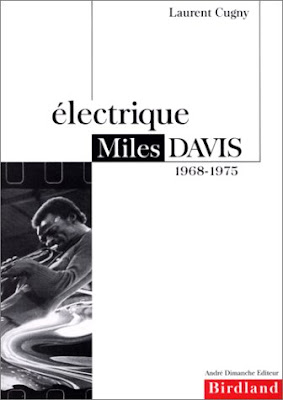 Here's a PDF of Laurent Cugny's book 'Electrique Miles Davis' which explores Miles Davis's electric period between 1968 and 1975. For those of us who are monolingual, the text is  in French. This book is now OOP for years...
Geplaatst door Lexman op 11:03 PM 1 comment:

Speakin' of Beats, there's an exhibition at the National Gallery of Art, Washington, D.C., May 2–September 6, 2010 of pictures by Allen Ginsberg. The NYRB has a review of the exhibition by Edmund White.
Geplaatst door Lexman op 10:55 PM No comments: 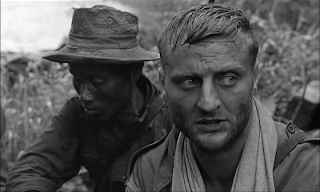 Cremer began his career in the 1950s and starred in a variety of stage plays, including a starring role as Thomas Beckett in the world premiere of Jean Anouilh's Beckett in 1959.

He starred in films such as director Rene Clement's Is Paris Burning? (1966), The Time to Die (1970), and Noce Blanche in 1989, appearing alongside Vanessa Paradis. (this one is shown toniight at FRANCE 2 as special ommage to Cremer). His first famous role was in 'La 317 ème Section' (http://www.imdb.com/title/tt0058863/) as adjutant Willsdorf who tries to

But he will perhaps be best remembered for playing the famous pipe-smoking detective Maigret in the TV series which debuted in 1991 and ran until 2005.

Those were the days! 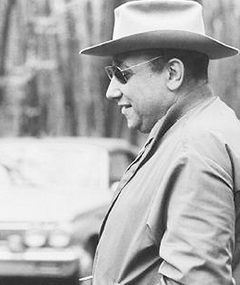 This documentary by Olivier Bohler was broadcasted this spring on a french television channel. I missed the opportunity to record it. If someone ahs this in his possession please contact me, PLEASE!!!!
Thanks a lot in advance.
Geplaatst door Lexman op 9:44 PM No comments: 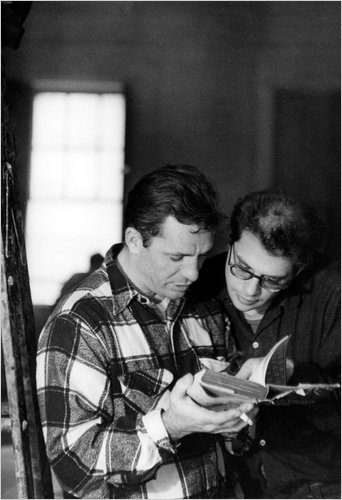 Read a review of this new book in the NYT Book review here. And there's even an excerpt available here. Enjoy and have a nice weekend.
Geplaatst door Lexman op 8:31 PM No comments:

Miles Davis was the personification of cool. Todd Boyd explains why in an article in The Root.
Geplaatst door Lexman op 7:05 PM No comments: